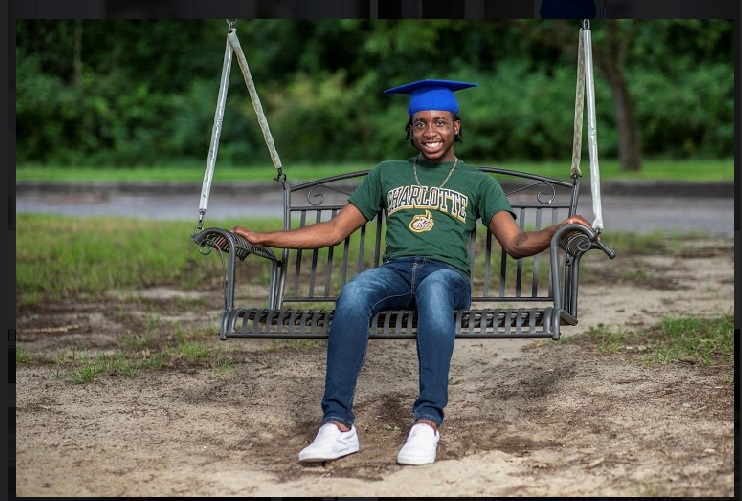 His journey to being selected is an example of his determination and commitment to his community. "When I was selected as an N.C Teaching Fellow, it was a dream come true! I originally applied in my senior year of high school, and I received a deferral. Another opportunity to apply presented itself, so I took it. I was nervous, scared, yet optimistic because I was given the opportunity, and I had to take it. The Fellows program aided in my significant goal of giving back to Hertford County’s community that invested so much in me," said Leary.
His enrollment at HCECHS also meant he was dually enrolled at R-CCC, which allowed him to obtain college credit and work toward an associate degree. Leary earned both an Associates in Art and an Associate in Science and a Certificate in Business Administration Foundation and a Certificate in Business Administration Basic from R-CCC.

As a student at the Early College, he was Student Government Association President and a member of Future Business Leaders of America. He also served as president of Phi Theta Kappa at R-CCC. Before graduating, he was nominated by R-CCC for the Governor Robert W. Scott Student Leadership Award and was selected as a regional finalist.

His advice to other students, "No matter where you come from, everything is possible through hard work and dedication. If I can do it, I know you can, too. Don’t just wake up from your dreams, chase them and achieve them."

For more information on the North Carolina Teaching Fellows 2021 class, visit https://www.northcarolina.edu/news/north-carolina-teaching-fellows-announced/.
Back to Articles